Intersec is proud to announce its selection as a finalist in the category of “Smart Cities” at the 2017 World Communications Awards (WCA) ceremony for global telecom operators and service providers. 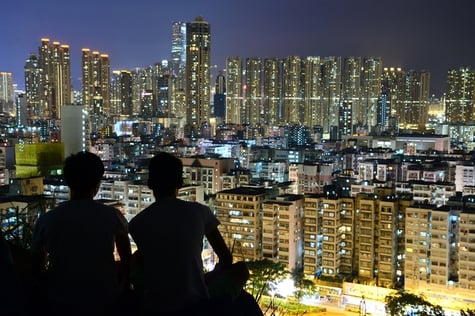 In 2017, competition was fierce: almost 1000 projects were submitted this year for consideration in 21 categories, including Best Brand, NFV innovation, Best Connectivity Solution, Best Global Operator and Smart Cities, among others. Intersec’s Geoinsights Solution is finalist in one of the most compelling categories: Smart Cities.

Nominated alongside industry giants, Magnet Networks (Ireland) and Ooredoo (Indonesia), Intersec was shortlisted for its contribution to the refurbishment of a square in Paris: Place de la Nation. Thanks to Intersec GeoInsights solution, the City of Paris in France could decide which refurbishment scenario was the best suited for this place in Paris.
Once again, Intersec GeoInsights Solution, which enables companies, operators and public authorities to leverage the full value of mobility data is recognised for its ability to enable a decisive step towards Smart Cities.

Intersec team shortlisted at the WCA 2017

At the awards banquet, held in London on November 28th, over 500 of the industry’s most senior executives were in attendance, including Intersec’s Communication Director, Marion Choppin and Solution Engineer for EMEA, Samir Mouhssine.

Since 1999, the World Communication Awards - telecoms’ premier business awards program - are recognized as one of the most prestigious awards in the industry, synonymous with innovation, merit and outstanding performance in the telecoms field. Companies of all sizes were represented, with nominations going to companies that have shown the highest level of quality and innovation throughout the year.

We wish to thank all the Judges for recognizing Intersec’s excellence as well as Total Telecom, for organizing the awards and the ceremony.