Which public alerting technologies to use when facing an emergency?

[INFOGRAPHICS] By June 2022, public authorities in all EU Member States must be able to send alerts to people’s phones in a determined area.Two technologies make it possible to reach everyone present in a specific area on their mobile phones and thus comply with EU legislation:Cell Broadcast andLocation-Based SMS.

EENA believes that using both technologies is the best solution to fully exploit their potential and making sure that citizens are appropriately informed of a developing disaster (source: EENA)

Intersec also strongly believes that governments and mobile network operators should adopt a multichannel approach in order to maximise the chances of disseminating information to as many people as possible in case of an emergency. Possible channels include using people’s phones, but also sirens, social media, TVs & radios, emails, variable message signs… The choice to combine certain technologies depend on various factors, including:

So, which technologies to use when facing a tsunami, flash floods or a dirty bomb for example?

Let's look at some concrete examples: 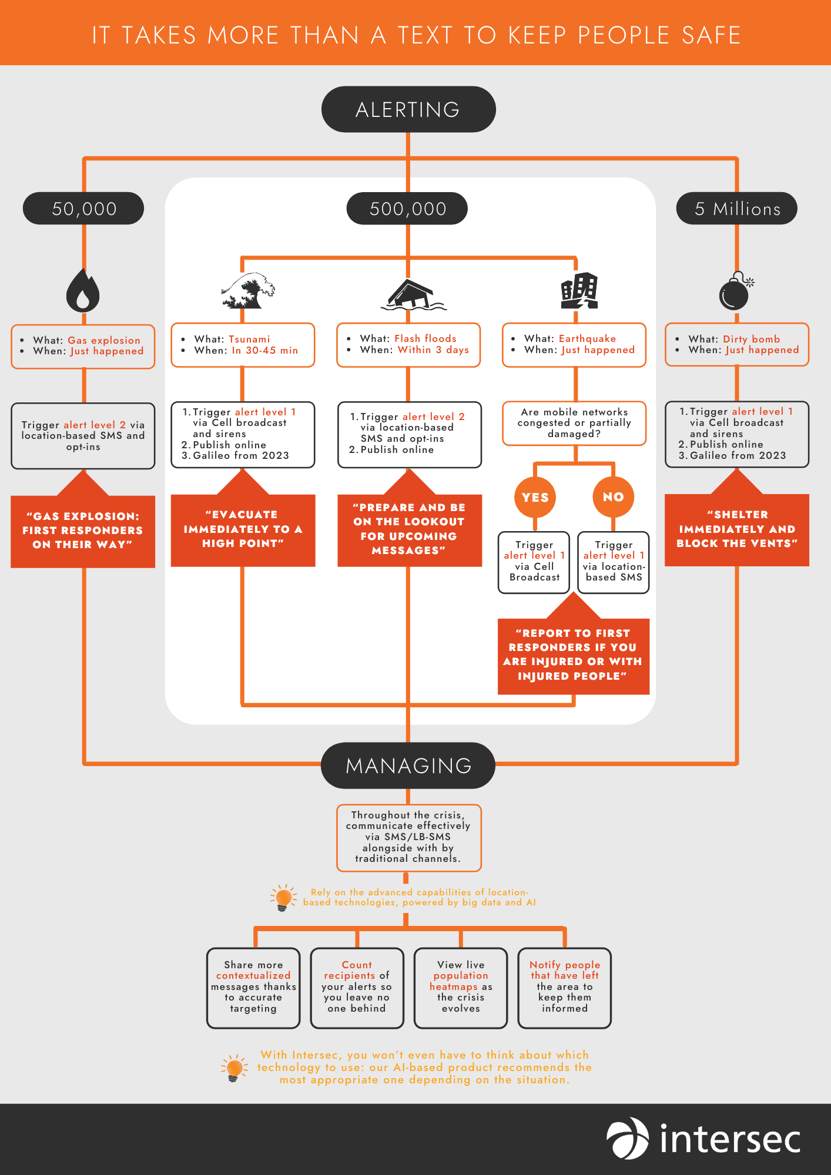